This camera will change the industry

Home / Business / This camera will change the industry

Albeit rather Giant and cumbersome, if you’re interested in imaging technology, this proprietary camera technology will blow your mind.  The new method of image acquisition, known as light field technology is in a league of it’s own.  If the name Lytro sounds familiar to you, it’s probably because you’ve heard about their consumer products which included a cute little colorful boxy camera and a more serious light field consumer camera.  Check out their revolutionary technology that could change filmmaking forever! Check out what these filmmakers are saying about this thing!

Lytro Cinema from Lytro on Vimeo.

The Lytro Cinema camera gathers a truly staggering amount of information on the world around it. The 755 RAW megapixel 40K resolution, 300 FPS camera takes in as much as 400 gigabytes per second of data.  Things like changing the depth of field, focus position, shutter speed or dynamic range can now take place after the fact thanks to the truly dynamic data being captured. Lytro believes that this tech is going to make the merger of CGI images and real-world footage even more seamless, and I believe it too. 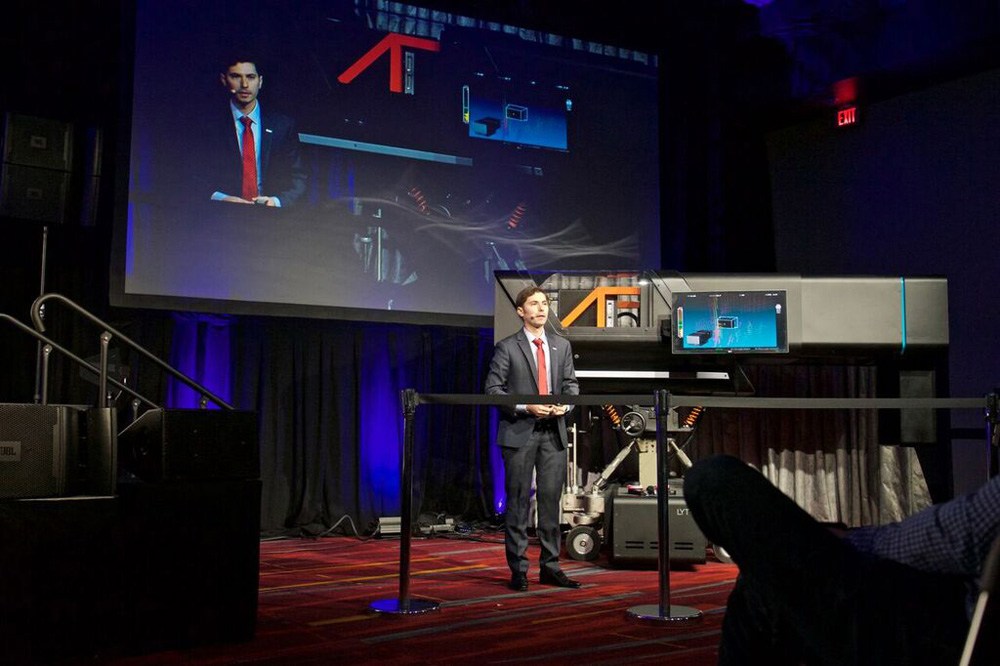 That’s the camera behind him!!

Lytro Cinema is the most “mainstream” effort yet from the company to introduce their light field technology to filmmakers. They’ve already presented their tech to filmmakers looking to make the most of stereoscopic 360-degree virtual reality filmmaking with their Immerge system, but with Cinema, Lytro is specifically seeking out more traditional television and film producers to taste the benefits of light field technology in as rich a way as possible.

Currently a little out of reach at $125k for the complete hardware-software rental package, I can’t wait for the first opportunity to experience this new camera.  To learn more, and trust me there is a whole lot to learn before you can fully understand this tech, visit their website.  https://www.lytro.com/cinema